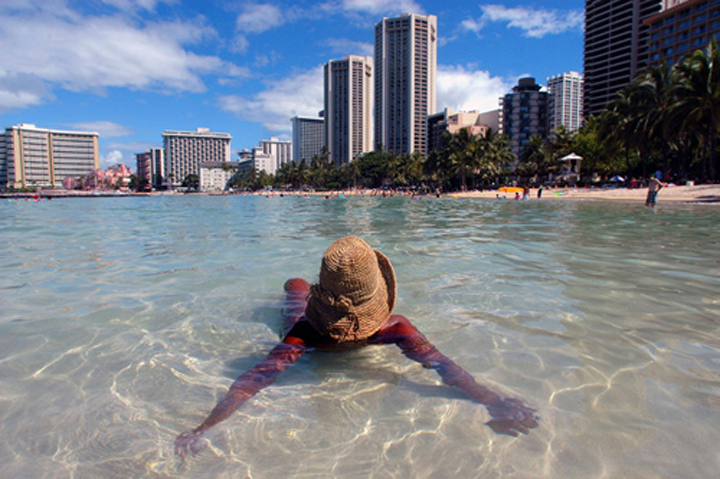 ** ADVANCE FOR SUNDAY RELEASE AUG. 14 **Paradise Ellis of Honolulu finds a spot in the early morning water away from the growing crowds, Thursday, Aug. 11, 2005 on Waikiki Beach in Honolulu. Tourists are flocking to Hawaii in record numbers. Part of the reason for the tourism boom in the islands is because of the global unrest and terror attacks, which have persuaded many Americans who ordinarily would go abroad to instead seek an exotic destination
within U.S. borders. (AP Photo/Lucy Pemoni)