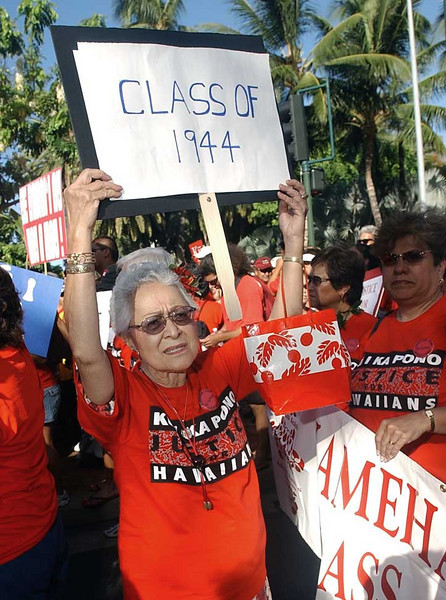 Vesta Parker Will, 76, of Honolulu came out to represent the oldest class of the Kamehameha School while partcipating in the 'Ku ika Pono' (Justice for Hawaiians) March down Kalakaua Avenue on Waikiki Beach in Honolulu Sunday September 7, 2003 . Between 8,000 to 10,000 thousand Hawaiians and their supporters gathered from all island to show support for Hawaiian poltical and social rights . Over 20 state and local organizations showed their support for the demonstration which was fueled by a recent court ruling allowing a non-Hawaiian child to attend the prestigious Kamehameha Schools which only allow students of Hawaiian descent. REUTERS/Lucy Pemoni