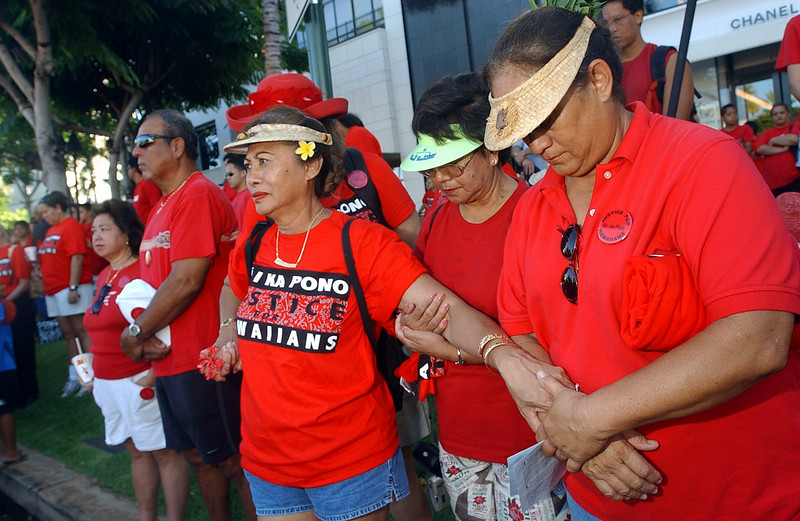 (From left) Ruby Hodges of Honolulu, holds hands with her Hula school companions friends Leolani Jackman of Honolulu and Leinohea Isaacs of Honolulu. The women dance with Halau Ika Wekiu (Hula School). Between 8 to 10,000 thousand Hawaiians and their supporters marched down Kalakaua Avenue Sunday morning September 7, 2003 on Waikiki Beach in Honolulu during the 'Ku ika Pono' (Justice for Hawaiians) March. The protesters came from all islands to join together in a show of strenght and support for native Hawaiian political, educational and social rights. Over 20 state and local organizations showed their support for the rally which was fueled by a recent court ruling allowing a non-Hawaiian child to attend the prestigious Kamehameha Schools which only allow students of Hawaiian descent. REUTERS/Lucy Pemoni