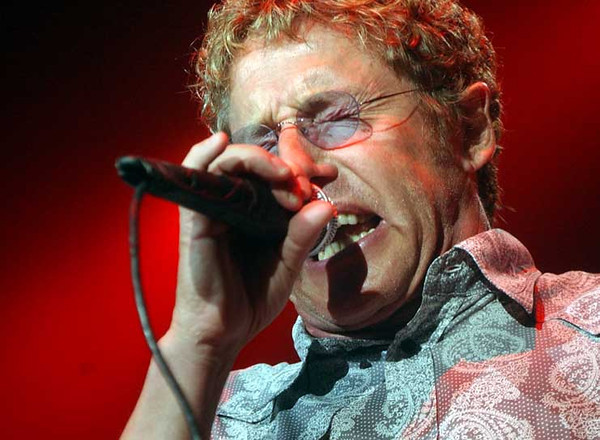 Roger Daltrey lead singer with legendary rock band The Who belts out the opening song to start off their new U.S. concert tour (***I THINK IT'S THE FRIST US CONCERT, I'M NOT SURE***) in Honolulu, Hawaii Aug. 3, 2004. The rock band will continue it's tour playing at the Shoreline Amphitheatre Aug. 7, 2004 and the Hollywood Bowl, in Los Angeles, California Aug ,. 9, 2004. The group is touring with Ringo's Starr's son as drumer (SORRY I DON'T KNOW HIS NAME) REUTERS/Lucy Pemoni